The 10 Types of Soccer Parents 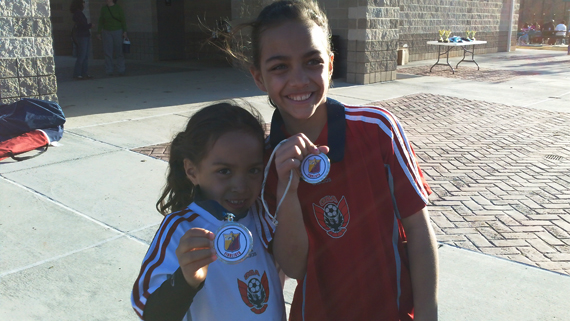 In setting up our chairs and getting all ready for the first game, it took me all but 2 minutes to remember some different “types” of parents who grace their presence on the sidelines while their son/daughter play 60 to 90 minutes of soccer. Many recreational soccer teams will have maybe 2-3 of these types of parents show up, but you will without a shadow of a doubt see at least 8, if not 10 of these parenting types show up to each game fielded by competitive club teams. These parents take sideline coaching to the HNL.

Please keep in mind, I can say that I have definitely had bits and pieces of each one of these parenting types (except #5, but I don’t judge) make an appearance once or twice in the past 5 years. I will also say that most of these parents described below show themselves on the other sideline. *ahem*

So, without further ado. Here are The 10 types of Soccer Parents:

These guys bring everything. They arrive to the fields 45 minutes early in their Suburban, pull out the 10 person tents and the reclining chairs with cup holders and a cooler in the middle. Heck if they could bring an open flame they’d probably Q up some burgers and dogs. They’re usually very friendly, and willing to share any and all shade with the less fortunate (slacker) parents.

The same as The Joneses, except on opposite day. These guys are usually the ones sneaking in to stick their sweltering sandaled feet in the last bit of shade in the back corner, while their youngest kid in the stroller with 3 working wheels is probably suffering from dehydration due to the lack of water bottles in the grocery bag that’s carrying a diaper and 2 wipes in a ziploc.

Ok, we all do sideline coaching. At least we’re all guilty of doing it at one time or another, but this parent swears up and down that what they’re coaching their child do is actually helping. They’ve known to do one or more of the following: Cheering when their child pushes down another player / Yelling at the coach to “Put my kid in, they’ll win the game for you!” / Laughing incessantly when their child pulls a juke move on the opponent… and so on.

Yeah I stole a name from one of SNL’s skits. So what, it’s not like SNL or anybody for that matter would ever find anything I write remotely funny anyways. *cue sad trombone*

This parent insists that reverse psychology is the way to go. They usually are reminding their child 70-80% of the time of their inadequacies. For some reason their child tends to always play goalie.

For some reason in-between games, this parent pulls out their “coffee tumbler” in 85 degree weather (not that coffee in 85 degrees is bad or anything) and really thinks nobody notices their slurred cheering. C’mon guy.

Any kind of fall, bump, or shove their child is involved in, this parent is off their chair ready to run out on the field with their first-aid kit and stretcher. Also, they are probably still breast-feeding. Their 7 year old.

In between games they have their kid doing wind-sprints on the side to you know, “keep them fresh” for the next game in 3 hours.

“5 minutes late is 10 minutes too early, and it doesn’t matter because they’re not going to start without me anyways” is probably a common thought when they pull up to park.

This one is my favorite. They’re guaranteed to have the latest and greatest DSLR with a lens the size of his child’s upper torso. If allowed, they would probably place a Red camera on wheels and take great tracking shots at 60,000 fps on each and every breakaway. Just ’cause they can.

So there you have it.

As I shared with you in the first paragraph, I’ve definitely showed all (except #5, but I don’t judge) of these while at their games. More recently though, I’ve really concentrated on just trying to be their cheerleader, and encouraging them no matter what. They truly feel down after a loss, so they don’t need me or anybody else to remind them of that. They also love when they win, and just knowing they’re sharing that win with you really means a lot.

I’m sure y’all have seen these types of parents at any sort of event, so I’ll leave you with 3 questions:

34 responses to The 10 Types of Soccer Parents