“You know, sometimes all you need is 20 seconds of insane courage, just literally 20 seconds of embarrassing bravery, and I promise you something great will come of it.”

He also has a fear, and when he sits up on my shoulders, without hesitation (and without warning), he literally slaps my face and forehead out of fear and grabs on for dear life.

Jack: “Dad, you’re going to drop me!”
Me: “No buddy, I’m holding on to your feet right here. You won’t fall, I promise! Just stick your hands out for a few seconds, and you can feel God move the wind through your hands. It feels Awesome!”
Jack: “God? O’tay” (yes he says it like that)

All it took was a few seconds of courage, and just as the wind picked up, this happened: 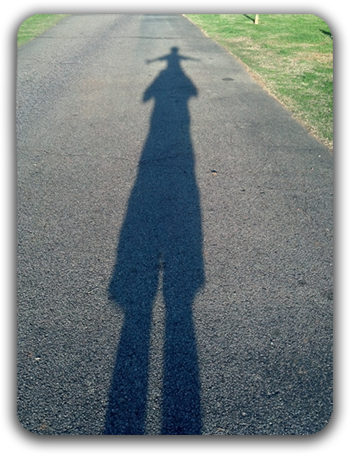 I have a fear too, it’s different from Jack’s but it’s fear nonetheless.

This fear I have shows its head every now and then. Sometimes I see it in a theme from a movie, hear it in a song or even read about it online. Then there’s the occasional trip I take by myself where this fear sets in, and takes residence a little longer than I, or anybody would like. The normal remedy for me is to just reach out to my awesome wife and talk about it, but when I am by myself for an extended period of time, it seems impossible.

However, what IS possible only takes a few seconds of insane courage to give in, and let God take my fear… but I seldom try. For some reason I just wade in that pool of fear.

I’ve heard “Lean in Him” and also tried to believe “All things work for the good.” Many of these other type of clichés race through my mind, but when this fear sets in, the only thing I could think about is how there is no way any good could come from this fear should it ever come true.

Then I think of others who actually live my fear as a reality, and I think of all the lives they’ve touched with their story. This is when I truly believe it is impossible to believe there is anything BUT good, for His kingdom.

When you have a fear, you can either let it control you or you can trust in the one who has the bigger and better plan that is always for the good, for His Kingdom.