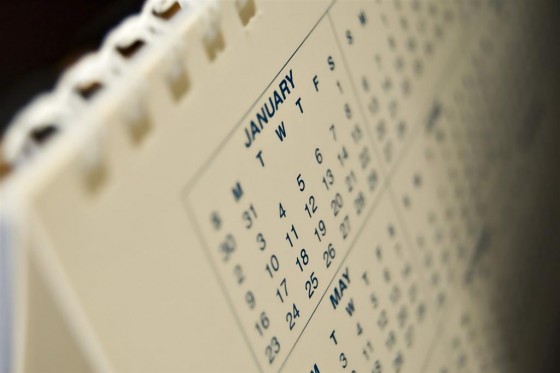 …and this counts as my first full month of concentrated, deliberate blogging. I started a blog back in 2008, and called it bkfamilyblog. It was your standard family blog, with a post maybe once a week, if that. I used the b2evolution software and it did what I needed it to do. After a year or so, I started getting very frustrated with it and ended up moving to WordPress.org. In researching the intarwebbernets, I came across tentblogger and got motivated to write more. Through some encouragement from family and friends, I ended up also purchasing Standard Theme, and moved from our old Family Blog to a more personal blog.

I decided to make a few goals and also track them month-to-month. I also thought that I would probably add a few more goals as I checked off some of the older ones.

So how did I do in the first month of the year of blogging?

I’ve included my thoughts and progress of each goal in Red, and will cross of the completed ones on my About page.

Not sure about this one, as it might not really provide much value. Maybe I’ll scrap this one after next month. We’ll see.

2) Spruce up the look of this site as well as my Wife’s, with with some mad CSS/design work, maybe even a caricature.

This design is really not much, but it works. I still want a really cool caricature, or maybe some sort of graphic at the top.

After my (1st) announcement of the year, you’ll soon see a campaign to raise. I’ll keep y’all posted.

I need to get the traffic up first.

This kind of happened, but I want something more deliberate.

This is looking good, I have a couple of entries out to 2 different sites, and I’ll keep you posted when they actually get published.

So far so good.

1st month with feedburner and I have a grand total of 19. This is well above and beyond how many I would have guessed I would have in my first month. Hopefully I can start a trend.

Yeah I know it doubles my comment count, but responding to comments is something I value, and appreciate.

Check out my good friend Cynthia, her journey’s pretty much amazing. Got her to start a blog, now only if she would post more… 🙂

12) Attend Catalyst East, hopefully meet up with other bloggers.

There you have it.

I can’t even begin to express how awesome and FUN this has been so far. I’ve met some awesome bloggers, read and commented on some rad blogs, and feel like I’m just barely scratching the surface. Real quick I want to give a quick shout-out (in no particular order) to a few guys who have definitely made this “blogging thing” super fun.

KC over at Some Wise Guy: Although he’s a Seahawks fan he’s got some pretty awesome stuff regarding Dads, funny too!

Dustin over at Abraham Chronicles: He has a mixture of Family posts along with challenges for Dads.

Michael over at The Perkins Blog: You have to see his written posts. They rock. Here’s one he did as a guest.

Don over at Project: Mathetes: He promised me pizza.

Joseph Robinson over at The Pursuit of God: Youth pastor doing his thing, love his encouragement.

Tony Alicea over at Tony J Alicea: He just came back from Brazil. I want to go to there. He also writes Exceptional stuff.

There are definitely more blogs I’ve read, and more conversations I’ve had with people on twitter and through the comments here, and on their blogs. I just want to say thank you, for the month of January and keeping me encouraged to “do my thing.” Here’s to another month of awesome.