When It Becomes His Glory

I know a famous guy. Who doesn’t? 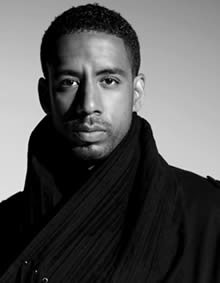 This guy has a pretty interesting story:

In the summer of 2003, Ryan landed a production internship with producer Younglord. He has said in interviews that he considers this 30-day internship the jump-start of his career in the music industry. Within the first week, Leslie produced the song “Keep Giving Your Love To Me” that would later be performed by Beyoncé for the Bad Boys II soundtrack. The soundtrack was supervised by Sean “Diddy” Combs, who was impressed by Leslie’s production style and offered him a management contract upon meeting him…

You can read the rest here:

Here we have an extraordinarily talented guy who’s been doing some crazy stuff in the music biz, with so much listed in that Wikipedia article it is rather ridiculous how accomplished Ryan has become since the days back in High School when I knew him well. Sure if I sent him an email he might remember me, but alas we have gone down different roads.

Every now and again I’ll peer over at his site just to see what new #boomsauce he’s bringing to the music scene, and I might call and ask my dad if he’s talked to his parents lately and we’ll just chat it up, but in the back of my mind I’ve always wondered how his walk has been. What Glory, if any, is truly being given to his Heavenly Father? Truly. I guess the same can be said for other artists as well, but then the question comes about as really, who are we? Who are we to examine ones life so as to nitpick and poke and see exactly what their relationship is with their Father in Heaven?

I have no freakin clue what it would be like to be in that environment, to be in that spotlight constantly. Temptations abound, corruption rampant, and the enemy easily picking at the weak…

In all honesty, do I think his (Ryan’s) faith is being tested? Absofreakinlutely. Do I think he’s falling, giving in to any and all temptations?

So then, if it doesn’t matter then again, who are we in this grand scheme?

We are here not to assume the worst upon somebody who may easily be tempted down the wrong road, we are here to back these artists up, in prayer and in any other way we can so that the struggle against the powers of this dark world will pale in comparison, and so that they can stand their ground and give God all the glory. Ephesians 6:11-13

So Ryan, my brother, you may or may not ever read this but just know that you have a family, MY family praying fervently so that you will continue to succeed, and make us all believe that YOU believe what you say:

“I owe it all to God, I give Him all the Glory”

Do you know somebody famous? Will you pray for them?

42 responses to When It Becomes His Glory