I used to hate gimmicks.

Especially the ones that profit off of the Gospel, or anything God related – WWJD and the like.

The fad(s) that would keep on producing, while the people would keep profiting.

All of it left a bitter taste in my mouth, until last year on our Venezuela trip.

I saw one of the boys from the Jonas Project explain to one of our team members who didn’t speak spanish, the meaning of the bracelet below. 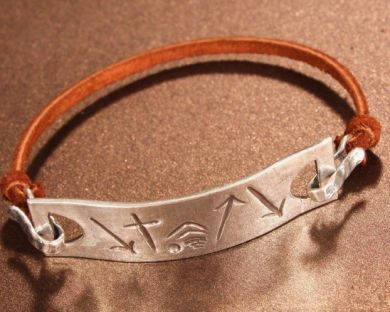 Seeing this boy able to communicate what he learned was absolutely amazing, and it reminds me that we don’t have to make things complicated by being fluent in a foreign language for God to be able to work, we just need to know His language…

…and simply believe it.

What is your favorite religious “gimmick?”